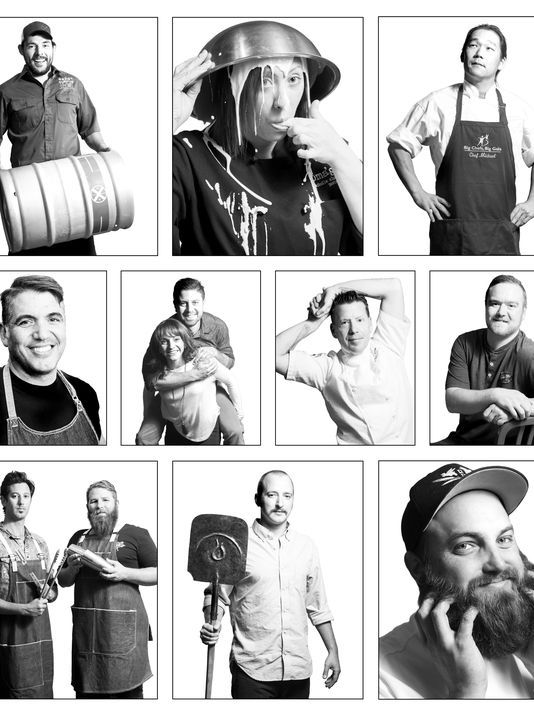 Posted at 22:55h in Media by Blend Catering

Blend Catering was recently featured in RGJ for Reno Bites week! Check out the story below!

Gird your bellies (and your livers): Reno Bites Week returns Oct. 12-18 with 30 participating establishments, the most ever for the event that started in 2012.

“Now that we’re in our fourth year, we have repeat people. And potential new restaurants had heard about Reno Bites, so it was easier than ever to sell them on it,” said chef Clint Jolly, co-organizer of the week, who owns and runs Great Thyme Catering.

“In the past two years, as the economy has come back, there’s more competition among restaurants, so they see this as an interesting way to break through,” added Natasha Bourlin, the other organizer and a principal in the Biggest Little Group.

“For local food fans, they like to have so many options presented to them in an approachable way.”

Whether a Reno Bites veteran or tyro, the establishments are variously serving special drinks, dishes and menus. Seven participants are offering signature events during the week (a pre-week kick-off partywas held on Oct. 8 at Reno Provisions).

Where: At 30 Reno restaurants

On Oct. 13, chef-owner Nicholle Alumbaugh of Homage Bakery & Coffeehouse, a jolly-good sort who gamely dumped a bowl of batter on her head for the Reno Bites photo shoot, is throwing a Mardi-Gras themed masquerade party with sweet and savory plates.

Southern food also takes to table the next night, Oct. 14, as chefs Josh and Whitney Deri of Blend Catering present a pop-up dinner at Tannenbaum Events Center on Mount Rose Highway. Go eat it on the mountain: smoked brisket and collard greens.

On Oct. 15, Yours Truly (in my @RGJTaste finery) joins the boys from the Reno Memo, RGJ Media’s thrice weekly e-missive, to host the Biggest Little Tasting Party at the Depot Craft Brewery & Distillery, a renovated 1910 railroad headquarters.

(Photo: David Calvert/Special to the RGJ)

History meets hooch as folks sip cocktails created with Depot whiskey and nibble small plates like banh mi-style sandwiches stuffed with duck confit. The cocktails will be judged, the winner being served on Nov. 7 at Fantasies in Chocolate, RGJ Media’s annual gala fundraiser.

Pigtoberfest falls on the same night as Chemistry of the Cocktail at the Discovery Museum. Chef Jolly got feisty about the competition: “You can come to our event for $30 or pay $95 to fight to get a sip of a cocktail.”

Pizzaiolo for a day

Czyz’s Appliance returns Oct. 17 as the venue for the Chef Showdown in which eight top local chefs cook against each other using a secret ingredient. Bistro 7 hosts the after-party with its happy hour menu served all night long.

(Photo: David Calvert/Special to the RGJ)

It’s Sunday, bloody Sunday on Oct. 18 at Chez Louie in the Nevada Museum of Art. There are free samples of Tahoe Blue Vodka bloodys and a people’s choice bloody Mary competition to accompany the restaurant’s usual Sunday music brunch.

Later in the afternoon on Oct. 18, SouthCreek Pizza Co. presents a pizza making class in which folks get to knead, roll, top, bake, slice, fold and disappear their creations. At the end of Reno Bites Week, it’s all hands on dough.